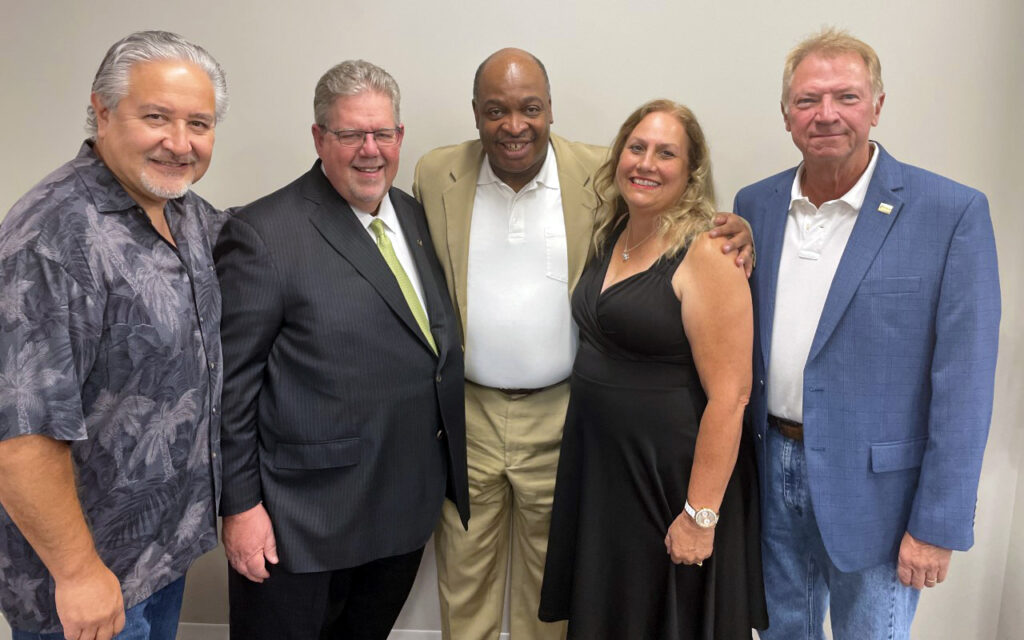 (Plano, Texas) …September 28, 2021…Robert A. Reed, Executive Director, and Marion Brockette, President, of the Plano Symphony Orchestra (PSO) announced today the receipt of an unprecedented $410,000 multi-year gift from Tammy and Charles Miller – the largest single donation from an individual in the history of the organization.

The transformational gift will fund several new initiatives for the PSO including $200,000 in funding for four years of the newly created position of Assistant Conductor; a $50,000 Matching Gift Challenge for the 2021-2022 Season designed to encourage new gifts as well as increased giving by existing PSO donors; $50,000 in new technology and ticketing system/donor management system upgrades; $50,000 to fund additional strings for Orchestra concerts; and $60,000 to underwrite the PSO’s 2022-2023 40th Anniversary Season, including the concert sponsorship of Mahler’s Symphony No. 2, which will be performed as part of the anniversary celebration.

The Millers’ $50,000 Matching Gift Challenge will match dollar-for-dollar all donations from supporters who have not previously given to the PSO. The challenge grant will also match each dollar given above the amount given in 2020 or 2021 by a returning donor.

The gift will fund a newly created Assistant Conductor position over four years. The audition process for this position will be announced separately, but the PSO plans to conduct a national audition process.

Hector Guzman, the PSO’s Music Director, expressed his desire at a recent Board of Director’s retreat to be able to add more strings to the Orchestra to enhance the orchestra’s sound and be able to play more complex works. Of the Millers’ gift, $50,000 will be allocated to funding more strings in the Orchestra over the course of several seasons.

The PSO will celebrate its 40th Anniversary in the 2022-2023 Season. Maestro Guzman will also celebrate his 40th Anniversary as the PSO’s Music Director next season. To celebrate these two milestones, the Millers’ gift will underwrite the PSO’s 40th Anniversary Season and a performance of Gustav Mahler’s Symphony No. 2, in C minor, known as the Resurrection Symphony. Considered one of Mahler’s most popular and successful works, this vast symphony requires a full orchestra, choir, as well as soprano and contralto soloists.

In making the gift, Charles Miller said, “All too often, nonprofits can only focus on managing their day-to-day business and not dream about the future because funding is always so challenging. Tammy and I wanted to make a gift that would potentially transform the PSO. We have been huge champions of Maestro Guzman and what he has accomplished over the years to build this fine orchestra. He and I have talked for some years about adding an Assistant Conductor to the Orchestra. We are confident the artist he chooses for this position will help augment the musical growth of the organization. The PSO’s sound will also be enhanced with the addition of more string section players and allow Hector to select more complex works for the orchestra to perform, which will certainly help as we work to expand our audience reach in the community.”

Miller continued, “In this day in age, any organization that doesn’t have the right technology to manage its audience and look to the future will be left behind. The PSO has never had the available funding to upgrade a myriad of outdated technology areas, including its ticketing system, video capabilities, and other donor management systems. This is a vital area to keep PSO competitive.”

“Whether it’s performing remarkable classical or popular works of music of the highest quality, or engaging thousands of children and youth in music education programs each year,” said Robert A. Reed, “everything that the PSO does is made possible by our loyal supporters. Their generosity in terms of time and treasure makes possible world-class musical performances and educational programs right here in North Texas. We are very grateful for the Miller family to invest in our Orchestra in a way that encourages others to deepen their support as well as provide us the ability to confidently plan for future growth.”

“The Board of Directors of the Plano Symphony Orchestra are extremely grateful for the Miller’s visionary support”, said Marion Brockette. “Thanks to the Miller’s generosity, we envision a transformational impact on our programs and services. We will continue building our commitment to the growing North Texas arts community as a place for all to come and enjoy great music. “

The PSO has an annual operating budget of $1.4 million for the 2021-2022 Season, a 28-member Board of Directors, and a small professional staff led by Executive Director Robert A. Reed. The musicians of the PSO perform on a per service basis, led by Music Director and Conductor Hector Guzman. The PSO’s eight subscription concerts provide a mix of classical and popular music that often includes collaborations with other local arts groups.

About Tammy and Charles Miller:

Charlie and Tammy have been married for 36 years and have lived in Plano since 1993. They have four grown daughters: Ellen, Fran, Amy, and Abby.